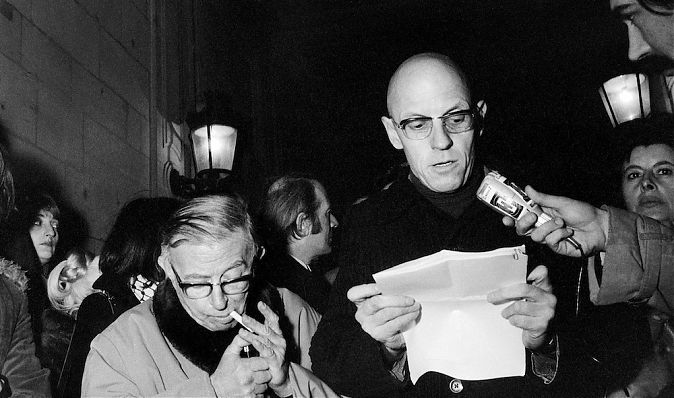 Until March 19, 2015, when our conference "Historicizing Foucault" begins in Zurich, we will consecutively publish the abstracts of the accepted presentations. Thanasis Lagios, lecturer in Philosophy at the University of Athens, will talk about "Foucauldian Genealogy and Maoism" in the panel Foucault and Politics on March 20, 2015.

The main and primary precept of Nietzschean genealogy is, according to Foucault, that "genealogy does not oppose itself to history (…). It opposes itself to the search for ‘origins'". Thus, given that genealogy itself cannot avoid the consequences of its own precepts, without undermining its own methodological validity, the question of the history of genealogy, at least of its Foucauldian version, arises. That is, given that Foucauldian genealogy appears around 1970–71, when Foucault enters the prestigious Collège de France and the Chair in The History of Systems of Thought, we should search for the history of a system of thought, which now, thirty years after Foucault's death, means to search for the history of a "tool-box of concepts" and not for the metaphysical origin of an "author"; we should search for the historical conditions and presuppositions of thought and not for the soul of the thinking subject. For, as Nietzsche himself put it, in the introduction of his Genealogy, "our treasure is where the hives of our knowledge are". Therefore, in order to historicize Foucault's thought, we should pose the crucial question: where are the hives of Foucauldian tool-box?

Under this perspective, my paper will be an attempt to situate the Foucauldian genealogy in its historical context. To be sure, the "renaissance" of Nietzschean philosophy in France during the 1960s, especially after Deleuze's seminal study and up to Klossowski's influential interpretations, is the obvious answer to the aforementioned question concerning the emergence of Foucauldian genealogy. However, in our view, there is a little-discussed aspect of the formation of Foucauldian genealogical survey, and that is the relation and connection of his thought with the French current of Maoism, especially after May '68. How could we account for the fact that, while Foucault's thought had been under attack by prominent allies of Maoists, such as J.-L. Godard, after the publication of Les Mots et Les Choses (1966), a few years later (1969) Foucault eagerly staffed the philosophical department of the University of Vincennes with Maoist militants, such as Badiou, Rancière, Glucksmann, and J.-A. Miller, before he and the Maoists members of Gauche Prolétarienne, including Daniel Defert, formed not only an alliance but fought together through the ranks of G.I.P. (Groupe d'information sur les prisons)? How could we account for the fact that from the archaeological statement that "Marxism exists in nineteenth century thought like a fish in water" (1966), Foucault moved genealogically so far as to refer to Mao Tse-Tung in an answer towards Chosmky? Which is the relation between Foucauldian genealogy and the Maoist practices of "enquête" (investigation) and "établissement" (establishment)? In order to answer these questions about the construction of the Foucauldian tool-box, we should search for the historical presuppositions and consequences of Foucault's interrelation with the Maoist thought and movement, hoping that this search will shed more light to his conception of power-knowledge nexus and the prospect of resistance in his genealogical surveys.