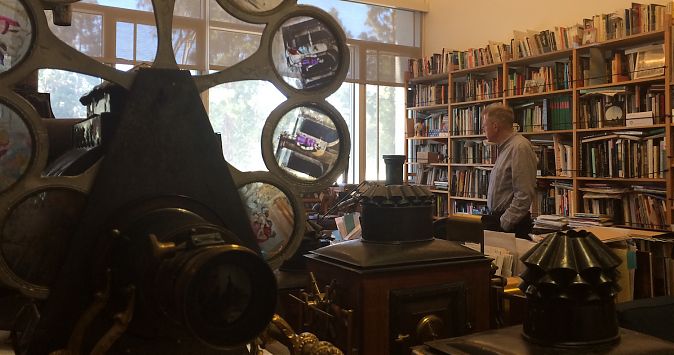 Erkki Huhtamo in his office in the Broad Art Center at UCLA, surrounded by optical devices from the 19th century (photo by Simon Ganahl, May 27, 2016).

In spring 2016, Simon Ganahl, co-editor of the G+C Blog and Le foucaldien, met Erkki Huhtamo in his office in the Broad Art Center at UCLA for several talks about media archaeology as an innovative approach to study media history. The interview "From Media Archaeology to Media Genealogy" was published in Le foucaldien on October 1, 2016. Yoshitaka Ota from Kagoshima University now translated the text into Japanese and made the translation freely available here.